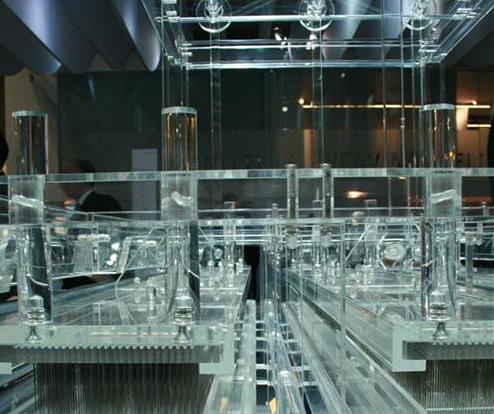 At the last ITMA exhibition held in Milan, Italy, in November 2015, digital printing was without doubt the biggest new technology story going.

ITMA 2015 set new records, attracting the largest number of exhibitors since the show’s launch back in 1951, with 1,691 exhibitors from 46 countries. It also signalled some major innovations all along the chain of fibres-to-finished garments.

At ITMA 2015 in Milan, Groz-Beckert employed highly-transparent machine models to demonstrate a little more of what’s below the surface of the latest textile technologies.

Given the rapid pace of change, there will be even more at ITMA 2019 in Barcelona, says show owner CEMATEX.

Since the introduction of the first digital printing systems at ITMA 1999 in Paris, the speeds achievable with them have increased from little more than ten metres an hour to upwards of 1,000 metres an hour.

Digital printing is now flexible and simple and at the modest end of the scale, involves little investment risk. In addition, it wastes far less energy and water than conventional production. Today’s machines make it possible to print endless designs in continuous mode and some companies have reported running machines 24 hours a day on orders for just one or two metres, with thousands of designs being cut and mailed directly to customers.

As a consequence, such manufacturers are able to carry out order activated production, moving from supply and demand to demand and supply, and to purchases before production.

Digital printing is just one facet of the digitisation of manufacturing technologies that is now being generally referred to as Industry 4.0.

Suddenly digital printing looks financially attractive to many sectors of the industry for which it was previously unsuited, including both home textiles and the mass apparel market, and the digitisation of manufacturing certainly doesn’t stop or even start there,” says CEMATEX President Fritz P. Mayer. “It’s all part of the on-going progression – Industry 4.0 – and the growing integration of design, processing and logistics. 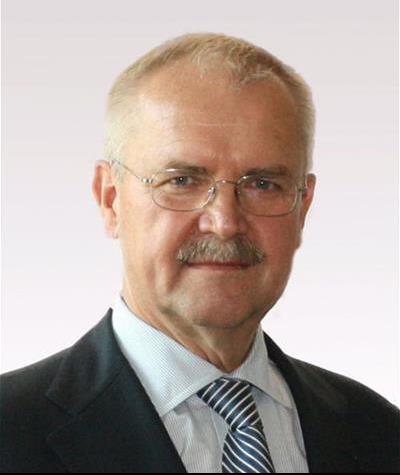 He explains, “To give just one example – speaking from the experience of my own company. Our new automation platform provides a human-machine interface with identical look and feel like today’s smartphones and tablets. Based on a real time data bus system it ensures safe and easy integration of sensors and actuators. A camera surveillance – years ago sold at high extra prices – is today standard equipment of every machine newly delivered.

Furthermore, integration of every machine into today’s wireless networks is easy and dedicated apps provide information to continuously monitor the condition of the machine and provide quick and real-time information to our service organisations, should the user require assistance.

The higher level of automation is allowing shorter reaction times, the highest flexibility and the greatest possible efficiency for textile manufacturers,” adds CEMATEX Secretary General Maria Avery. “In some instances, it is also resulting in the reshoring of the manufacturing to Europe and the USA of high-priced products, and will create new jobs.”

Examples of this include Walmart’s huge commitment to sourcing an additional US$250 billion of products, including fabrics, which have been made, assembled or grown domestically in the USA in the years up to 2023. This has resulted in a spate of new investments in the latest highly-automated textile and garment technologies. 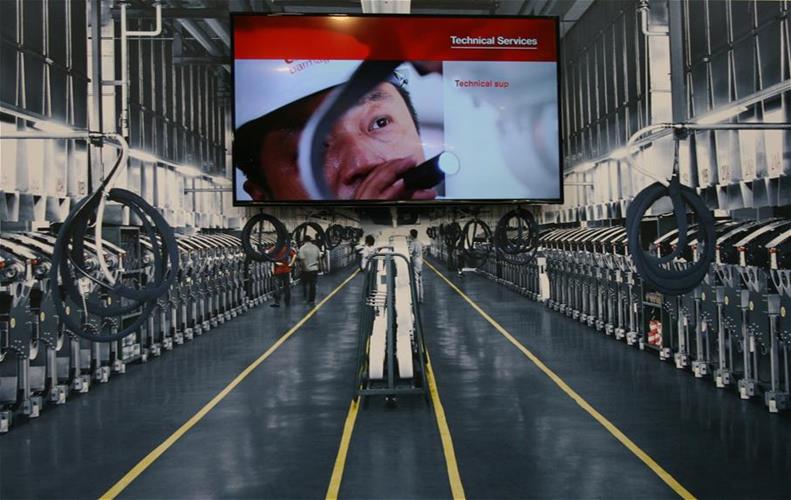 Companies such as Oerlikon Textiles already employed Industry 4.0 techniques to capture and digitise all of the steps of filament and yarn production and processing. The networking of several plants via cloud computing is also possible, opening the door for manufacturers to achieve the highest process efficiency and transparency.

In Europe, meanwhile, sports apparel brand Adidas has returned to manufacturing sports shoes in Germany 20 years after it moved all of its production of footwear to Asia, with the establishment of its Speedfactory. It is being equipped with computerised knitting, robotic cutting and additive manufacturing technology, as well as industrial 3D printing machines.

The Speedfactory in Ansbach in southern Germany will ramp-up to producing around 500,000 pairs of trainers a year and is a bid by the company to shorten its supply chain – from the first design sketch to shipped finished goods – from what can be as long as 18 months to less than a week.

CEO Herbert Hainer has said that Adidas is planning to build a second Speed Factory in the USA during 2017 and in the longer term will also build similar robot-operated factories in Britain or France.

It’s clear that the move towards customisation is allowing companies to relocate certain elements of their production processes nearer to their domestic base. The result is that brands are able not only to design and manufacture goods tailored to the needs of the local market, but also to test new products with their target customers, without committing to a large, expensive production run.

This is an entirely new type of manufacturing structure which is emerging, involving the digital integration of design, processing and logistics. It depends on a very high level of automation, shorter reaction times and high flexibility, with the setting up of joint databases and data security systems.

Digitisation is perhaps the biggest opportunity facing our industry for many decades and this will certainly be reflected in the innovation on show at ITMA 2019,” Fritz P. Mayer concludes. 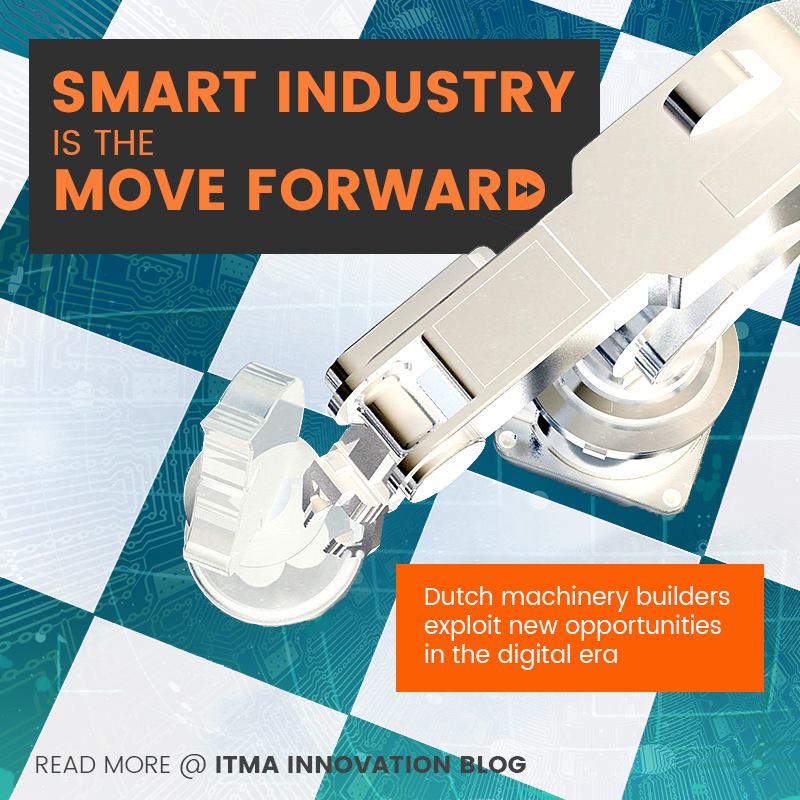 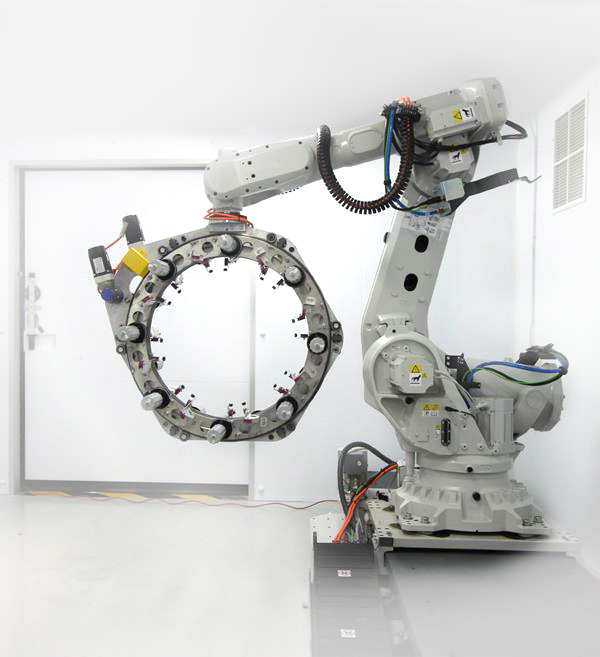 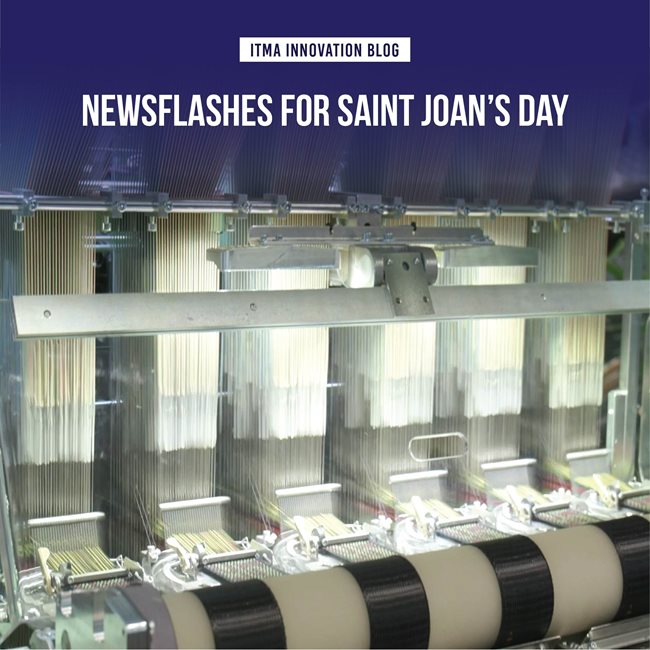