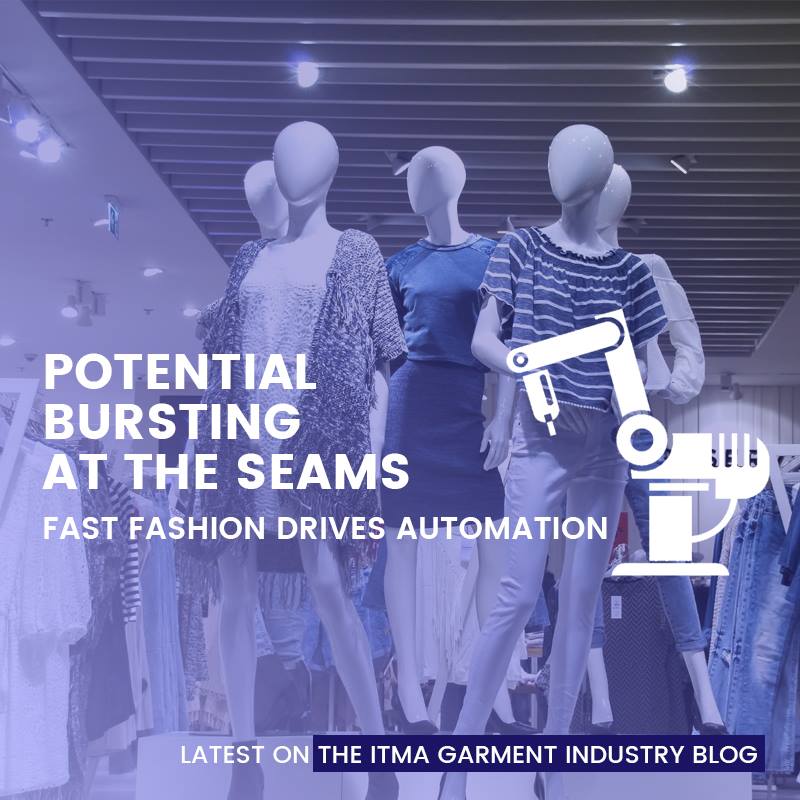 The garment manufacturing sector is currently in a state of rapid flux. An industry which had operated on the same basis for centuries, is now suddenly adapting to life under new, advanced and technologically driven changes that will see the sector increase both its efficiency, creativity and overall capacity.

The cause of these changes? Demand. As fast fashion has accelerated the way we shop, manufacturers, and suppliers alike, are now tasked with catering to this new, voracious market for a bewildering range of apparel styles and designs.

It will come as no surprise then, that more garment manufacturers than ever before are gearing towards highly automated and inter-connected manufacturing technologies, which not only reduce the associated cost of production, but create garments more quickly whilst significantly reducing both waste and costs.

On the flip side of this equation, are the garment workers. Nowadays based largely in Asia, and China in particular, companies have watched as both worker wages and demographic ages rise steadily. So, it’s no surprise that the transition to a more cost-effective, high technology business model has been inevitable. But workers are still very much part of the story for the garment industry – although in a very different way.

“We will invest in garment automation to such an extent that our company’s workforce will change from the current 70 per cent sewing machine operatives and two per cent technicians, to being 92 per cent technicians,” notes Esquel Group sustainability lead, Stephanie Chan. “A core, highly skilled and local workforce will still be essential for us at our new two billion yuan (HK$2.34 billion) ‘Integral’ factory that is under development in Guilin, China.”

The workforce demographic is also driving this change in the garment sector according to Chan. “The McKinsey Global Institute has said that by 2030, China will account for 30 per cent of the world’s new college educated workers,” noting that, “Through technology investment, Esquel will be in a position to tap into this future, highly educated workforce to train and retail employees in jobs that are attractive.”

Interestingly, Esquel’s current workforce has an average age of just 40, says Chan. Somewhat of a rarity in the garment industry, but which allows Esquel workers to: “maintain high output figures whilst workers have the skills to work with highly sophisticated and automated production lines,” she says.

Like Esquel, for most garment suppliers, the onus has been on catering to the flexibility and speed associated with the drive towards fast fashion with its typical 12-week design and production life-cycle.

As such, the garment technology sector has seen the demand for new technologies snowball in the last few years with a range of new, innovative technologies, now on the market and set to have a profound impact on the future of garment production.

Across Asia, in particular China, manufacturers are increasingly embracing the prospect of automation, to such an extent that the government has released an industry road map, predicting the artificial intelligence (AI) sector to have a market value of US$151 billion by 2030. Already the world’s largest market for automatons, e-commerce and smartphones, the country has now prioritised the integration of AI across industry, with President Xi Jinping placing focus on the use of robotics in the country’s ‘Made in China’ agenda. 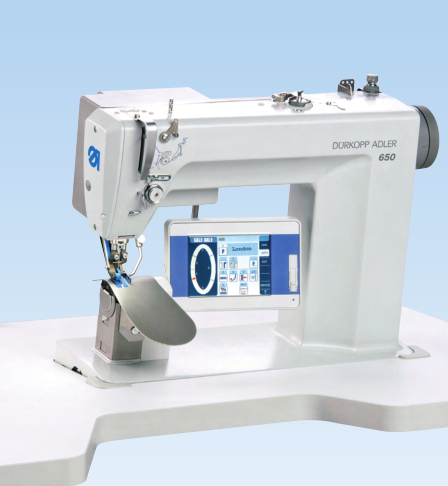 “The adoption of AI is expected to dramatically boost productivity, which is critical for the sustainable economic power of China,” said Scott Likens, new services and emerging technologies leader for the US, China and Japan at PwC Consulting. “AI will enable more personalised production, drive greater product variety and spur consumption demand.”

Whilst the benefits of automation are clear to see, such advanced technologies do not come without equally intrinsic and challenging issues. Speaking to Fang Haixiang, deputy general manager of Shang Gong Group, the owner of the Pfaff and Durkopp Adler brands, he said: “One of the biggest technical challenges in fully automated garment sewing technology is the handling and transport of materials that are flexible and difficult-to-feed.

“Shang Gong is actively exploring the solutions in two steps. The first is to achieve stand-alone automation; secondly, to enable seamless machine-to-machine material handling process so as to achieve full automation. With the rapid development of artificial intelligence, we will be closer to achieving full automation of the entire sewing process,” he added.

Meanwhile in Japan, for global sewing machinery manufacturer Juki, the adoption of such forward-thinking digital technologies is already revolutionising production. Within the last month, the company released its digitalised LK-1900BN series of garment make-up equipment, which can use tablets and smartphones to conveniently configure machines using numerical values (0 – 100) to set parameters such as the sewing thread tension. From a few simple taps of a screen, an entire garment work line can be automatically adjusted in a matter of minutes rather than days.

“Nobody asked for digitalisation, they just asked for the benefits that come with it,” explained Juki marketing specialist, Eoghan Murray. “Manufacturers ask for machines that people can’t tinker with and on a traditional machine the thread tension is set manually until it ‘feels right’ or the stitch sample comes out the right way. Then the next machine you’re just eyeballing it. But there’s no way to know whether the first machine and the second machine are on the same tension. Now though, with the latest Juki range, because there is a measurable value of 0 – 100, the stitch tension is easily repeatable across the production line.”

Inevitably, the pull through demand for this technology stems from the increasingly competitive apparel retail environment. Here, the clothes that have powered the rapid expansion of high street and online fashion retailers are considered by management to be akin to food — perishable goods at risk of going stale should they sit unsold for too long.

It is this time sensitivity which has placed “increasing significance on the direct relationship between the manufacturer and the branded product finally sold on the market”, noted Joachim Hensche, managing director at Hugo Boss Textile Industries, speaking at the IAF convention last month in Brazil. Hensche also noted the apparel brand has “adopted new automated garment technologies to remain a front-runner in the fashion sector,” and outlined that international brands will need to adapt to new communication paths and shorter development cycles if they are to flourish under the changes that ‘Industry 4.0’ will bring.

Yet for suppliers to the fast fashion sector, speed and efficiency remain king since clothing production volumes are always known well in advance. For example, it’s estimated that H&M manufactures 80 per cent of its retail inventory in advance and the remaining 20 per cent is based on the most current market trends, which requires more production flexibility.

Further, although fast fashion requires suppliers to invest in expensive machinery and timely delivery at a very low price, which itself challenges margins, retailers are finally realising that the quest for the lowest labour destination must come to an end. Investment in advanced garment manufacturing technology is perhaps the only way out, in order to lessen the harm which, for so long, has been self-inflicted.

After all, it’s clear that industry leaders such as Esquel, Juki and Shang Gong see that advanced garment technology is a good way to ensure that manufacturers and retailers will not be stitched up as the garment industry starts to re-align away from an ageing workforce, and towards AI, robotics and a much smarter way of working.

“Sewing is as important now, as it has ever been before,” noted president of CEMATEX, Fritz. P Mayer. “Fast fashion has led to even closer collaborations between suppliers and garment manufacturers and because of this, it will be interesting to see the latest textile and garment making technologies showcased at ITMA 2019.”

In 2019, ITMA will host a plethora of the latest cutting-edge technologies set to have a profound impact on the garment supply chain. Until then, we are certain to see manufacturers and machinery suppliers adopt, on a global scale, a new technologically driven ethos which is quickly consuming the sector, that for so long has been at a standstill. 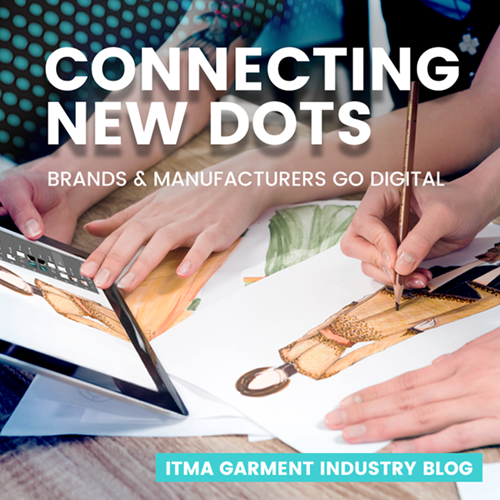 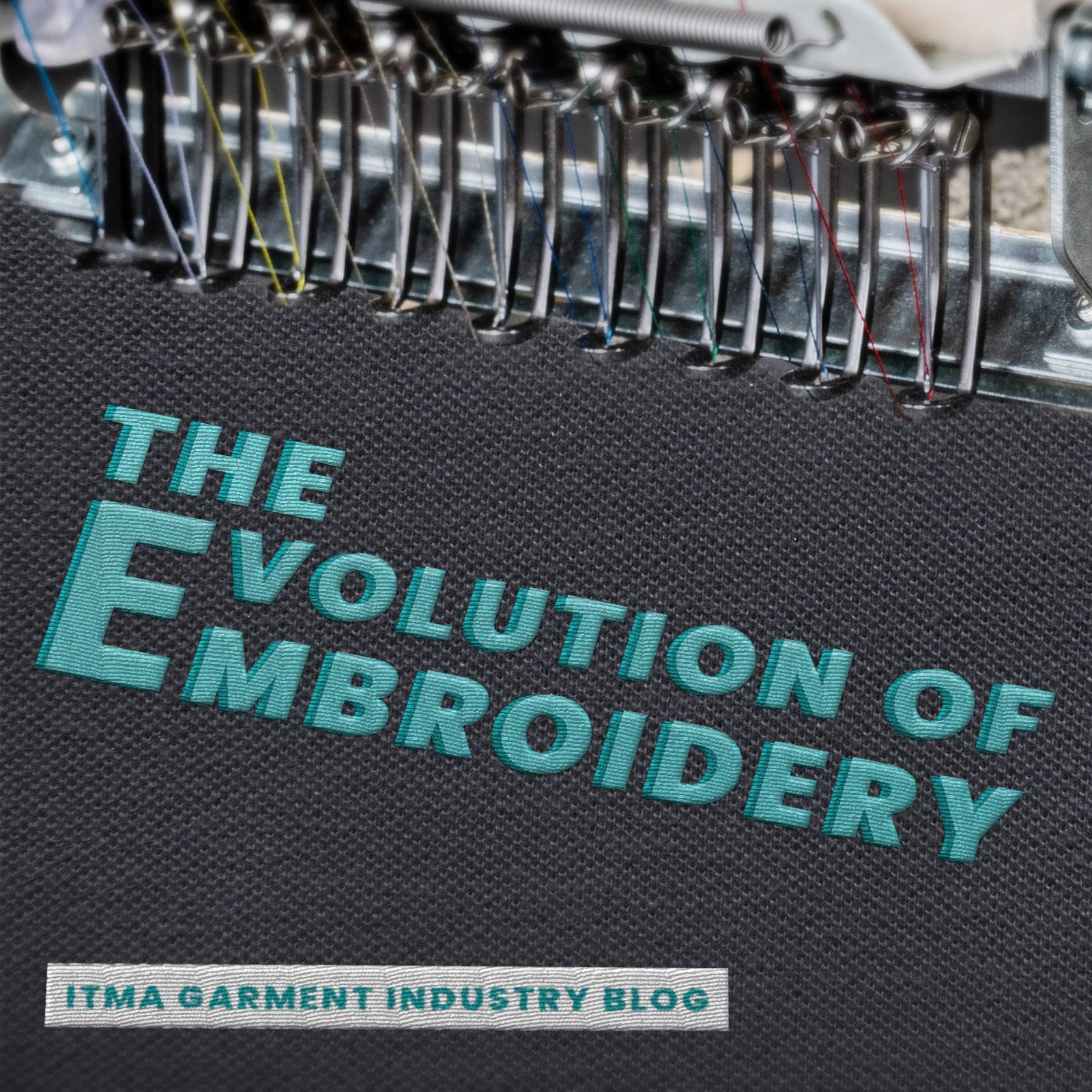 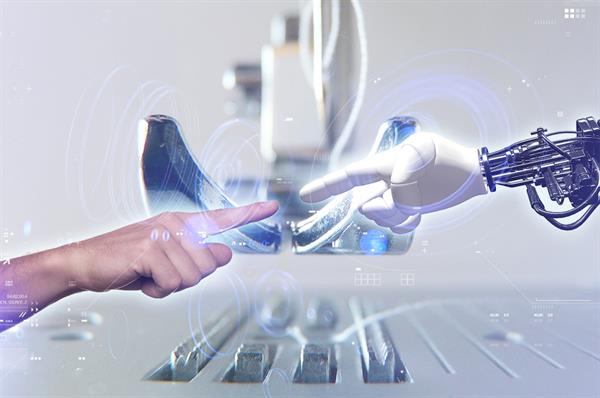