From flood defences to printed biosensors 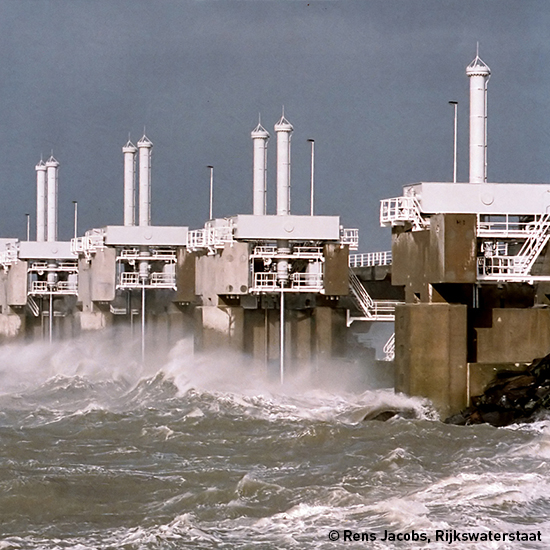 Alongside the Empire State Building, the Golden Gate Bridge and the Panama Canal, the Oosterscheldekering has been declared one of the modern Seven Wonders of the World by the American Society of Civil Engineers.

The nine-kilometre-long storm surge barrier is the largest of the Delta Works, a series of dams and barriers designed to protect the Netherlands from flooding from the North Sea.

The construction of the Delta Works – the nation’s largest ever civil engineering project – was initated in response to the widespread damage and loss of life in the North Sea floods of 1953 and construction was only completed in 1997.

The 1953 floods also resulted in a significant innovation in materials – the invention of geotextiles by TenCate.

Today, geotextiles are used extensively around the world in construction and coastline protection works, while waste water treatment in mining and the upstream oil and gas sectors is a key area of growth.

Geosynthetics offer a durable, reliable and resource-light means to protect vulnerable coastal zones from erosion. They also help to contain millions of tons of plastics stored in landfill every year.

Materials innovation is very much alive in the Netherlands today, across both industry and academia, and through the work of organisations such as the Materials Innovation Institute (M2i) based in Delft.

The core mission of M2i is to support both industry and society in finding solutions for materials-related questions in product development and production processes. It connects industry, academia and research institutes across The Netherlands and Europe.

Members of GTM, the Dutch association of textile machinery manufacturers are also highly active in projects assisting their customers in the development of new materials.

Van Wees, for example, is a manufacturer of machines and turnkey lines for the production of technical textiles and advanced composites. The company makes impregnation lines including creels, as well as crossply and multiaxial UD tape-placement machines, which can process either thermoplastic or thermoset tapes.

At its Research and Technology Centre the company maintains production-scale equipment for its own process development as well as for customers.

The products made on its machines are often based on carbon, glass, UHMWPE and aramid fibres, using dispersion resins and converted into UD tapes. Last year, the first Van Wees machine for the sailcloth industry was installed, making ultralight UD tapes from these technical fibres.

The UD tapes, are fed through the company’s crossply or multiaxial UD machines to produce laminates with a variety of ply layers and fibre orientations. Another significant new development is an 80% glass fibre and polypropylene UD laminate with advanced impact resistance for underbody battery protection in electric vehicles. 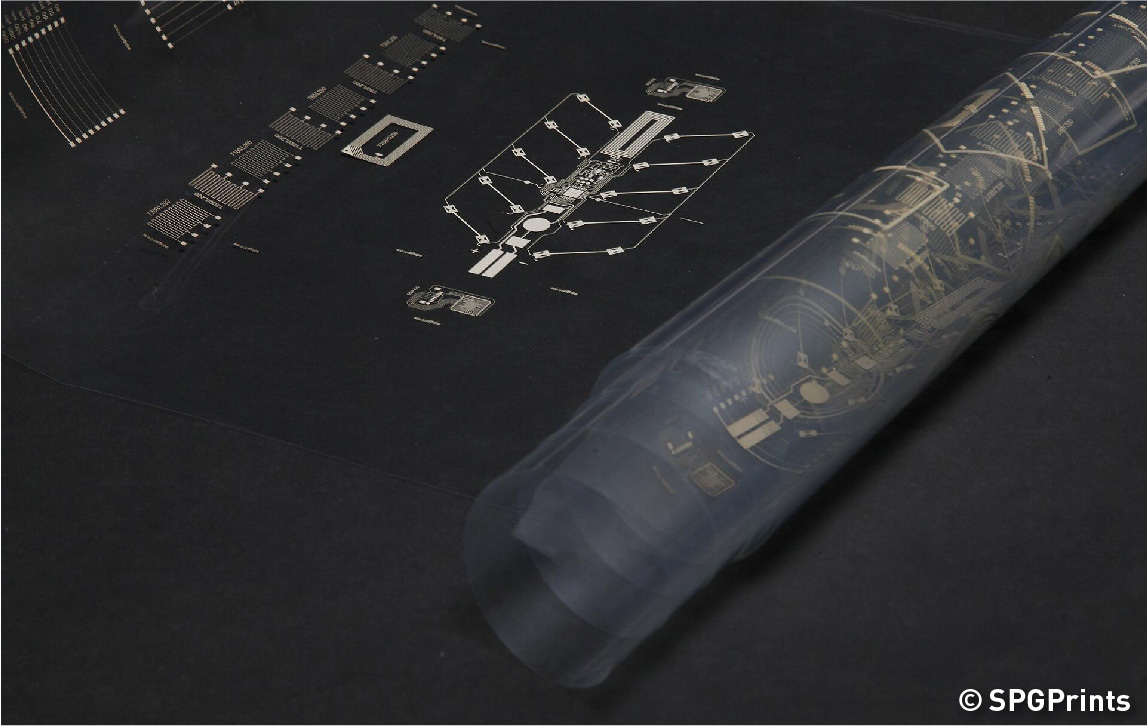 A star attraction at the last two ITMA exhibitions in Milan and Barcelona meanwhile, was without doubt the SPGPrints PIKE single-pass digital printing system, which drew huge crowds to demonstrations of its astonishing capabilities.

While currently revolutionising the textile industry, digital printing is also enabling the development of entirely new materials in the field of printed electronics which have been pioneered by Dutch companies and institutions.

This innovative field is gaining traction rapidly, for its ability to produce low-cost long runs with a far lower ecological footprint compared to traditional electronics production.

The field of printed biosensors in particular, has gained a lot of attention over the past years. One SPGPrints European customer uses a full RSI (rotary screen integration) printing line to produce high volumes of Covid-19 biosensor test strips. The same principle can be used to produce biosensors that can test for a range of viruses, or even glucose levels.

This is just one recent example of Dutch materials innovation which is constantly evolving and GTM members are highly involved in many developments.

GTM was founded in 1951 and represents the Dutch companies constructing and developing machines and accessories for the textile industry worldwide.