The first ITMA Sustainable Innovation Award was claimed by Levi Strauss at ITMA 2015 in Milan, for its collaboration with Italian machine builder Tonello, on the development and implementation of the No Stone finishing system for more sustainable denim production.

Not only did this highlight the gains that can be made in co-operations between machine builders and brands, it also proved to be a prophetic indicator of how rapidly the denim industry would begin to adopt sustainable manufacturing methods.

It’s fair to say that in the less-than four years since ITMA 2015 the denim industry has undergone a significant transformation as a result of new textile technologies, as well as pressure on manufacturers from both brands and consumers.

In 2019, the majority of the major denim producers are located in Bangladesh, India, Pakistan and Turkey and it’s a highly competitive field, so any opportunity for differentiation is rapidly adopted.

In a further sustainable measure, Berto has recently established a closed loop recycling chain in northern Italy. The company’s Pianeta fabric is made from its own mill waste which is regenerated and transformed by its yarn supplier Marchi and Fildi into new Ecotec yarns. The yarns are produced by a transparent, traceable and certified process and can contain up to 80% pre-consumer cotton waste.

Another technology that has proved important to denim manufacturers since its introduction at ITMA 2015 in Milan is the RotaDyer, a new indigo spray dyeing process originally developed in a collaboration between machine builder RotaSpray and chemicals leader DyStar.

Although rotary atomizers have been established for several decades in the textile industry they were mainly used for rewetting textiles with moisture. Recent cost pressures and a global demand for more sustainable solutions, however, were motivators for the R&D of the industry and led to this recent technology leap.

The system has subsequently been refined by the two companies to be suitable for industrial-scale denim production, and using special DyStar dyes, eliminates the need to run yarns through large vats of dyes repeatedly, and to prepare and discard huge amounts of chemicals and dyes. 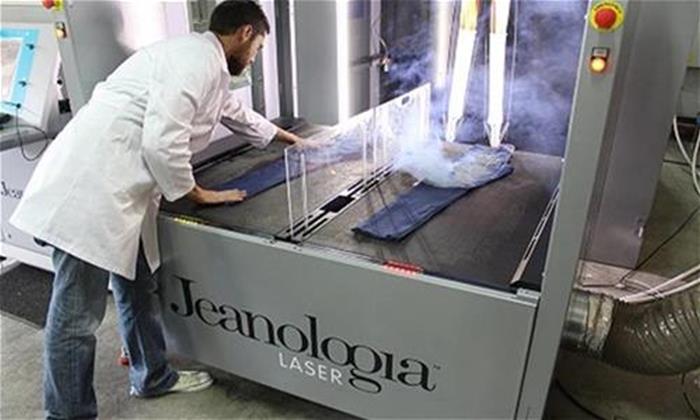 Such technologies – along with the environmentally-friendly laser and ozone treatments for denim garment finishing made by Spain’s Jeanologia – are now allowing companies like Pakistan’s Artistic Fibre and Garments (AFGI) to make some unprecedented savings. With its Double Zero process, AFGI says it is now achieving zero waste water – and the company dyes and finishes some 60 million metres of denim fabric annually.

Soorty is another Pakistan-headquartered denim giant producing some 66 million metres of denim fabric annually and has also eagerly embraced new technologies such as the Monforts Eco Applicator and the RotaDyer. It has further differentiated itself by commissioning the Amsterdam-based digital design studio The Fabricant for the promotional launch of its Cradle-to-Cradle-certified Gold Standard denim fabric. 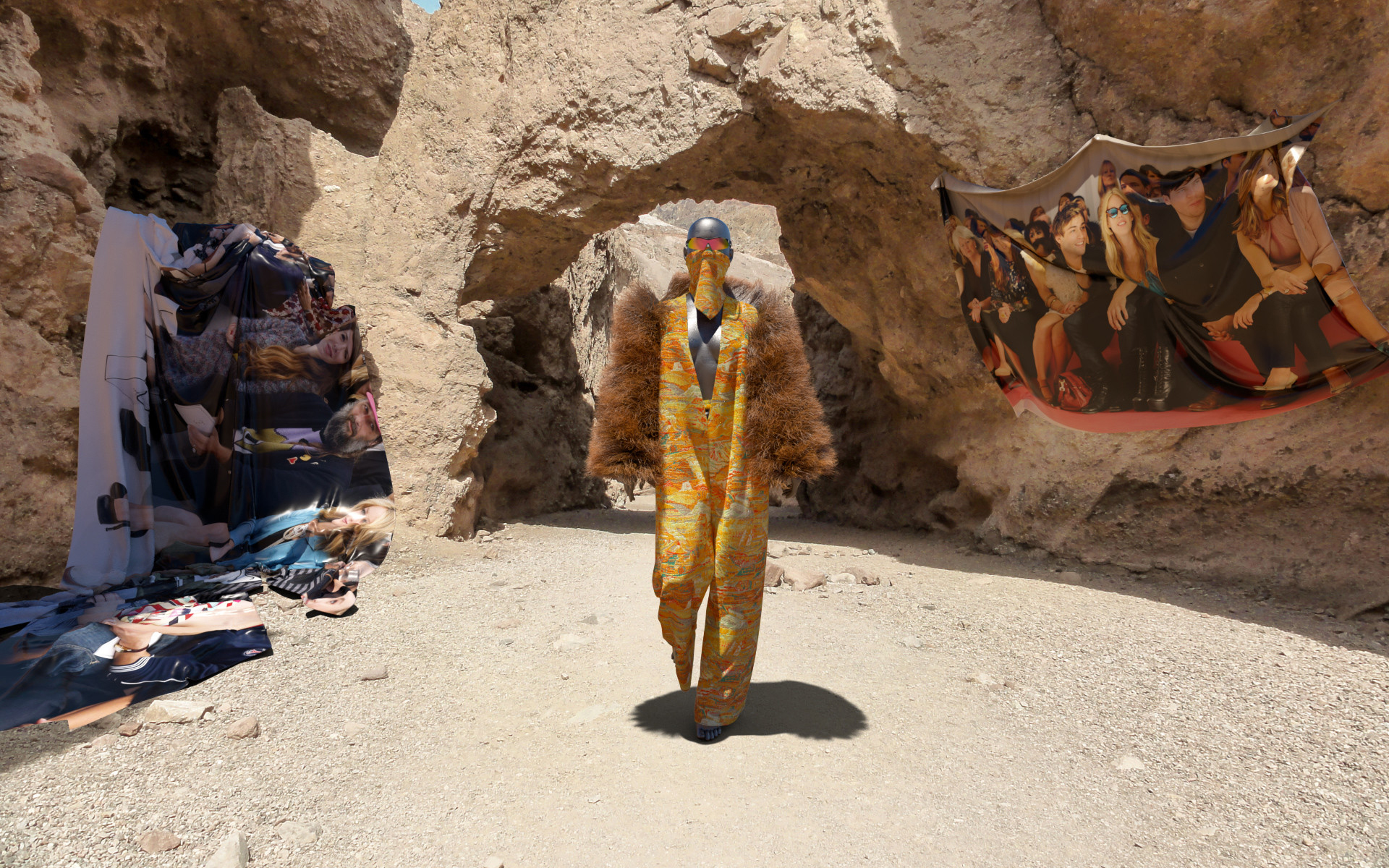 The Fabricant’s DEEP Digital Fashion Collection saw the first collaboratively-designed fashion collection between a human and a non-human.

The Fabricant really made the fashion and technology industries sit up and take notice in 2018 with the DEEP Digital Fashion Collection, devised by its co-founder and creative director, Amber-Jae Slooten.

Using artificial intelligence algorithms, the creative experiment saw the world’s first collaboratively-designed fashion collection between a human and a non-human, with Amber essentially asking the computer to create alongside her. The resulting surreal digital collection was exhibited at major fashion fairs across Europe last summer.

The Fabricant’s sustainability credentials then came into play with the commission for Soorty, in a 60-second film showcasing the look, texture and movement of the new denim while only existing in the non-physical digital realm.

With the virtual world yet unexplored, we have the visual means that will set brands apart from the overused film and photo-shooting techniques,” says Amber Jae Slooten. “It will truly take fashion into the 21st century.”

Come June, the global textile and garment industry will converge in Barcelona for ITMA 2019 to explore exciting sustainable technologies. The organiser is now inviting nominations from exhibitors for the second ITMA Sustainable Innovation Award based on collaborations with clients. 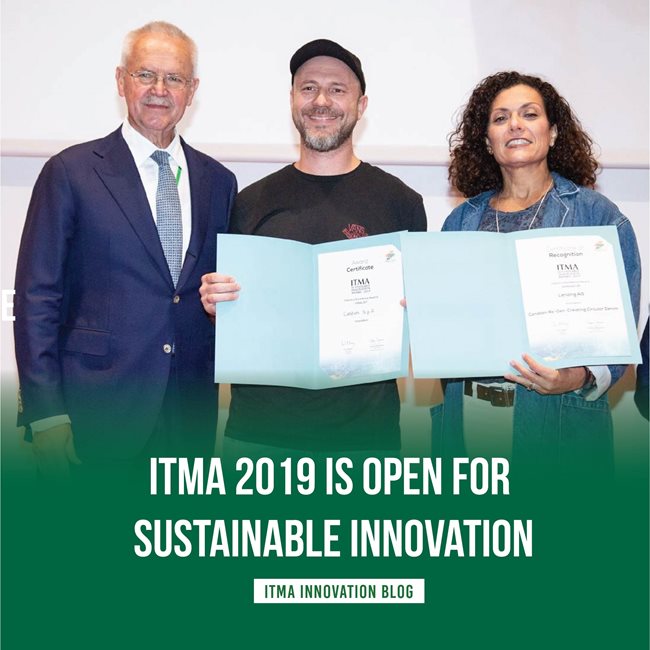 ITMA 2019 is open for sustainable innovation 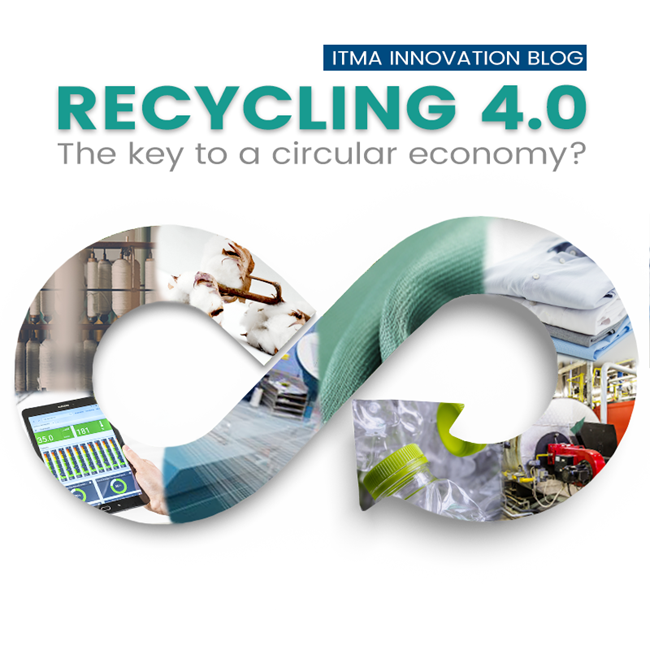 Recycling 4.0 - the key to a circular economy?