Long-term partnerships with key customers are critical to the member companies of the UCMTF, the French Textile Machinery Association.

“Innovation comes both from new technologies and the market’s demands,” says Evelyne Cholet, the organisation’s secretary general. “To respond effectively to both, it is very important that our members are actively engaged with their customers throughout the world.”

The UCMTF brings together around 30 companies with a combined annual turnover of around US$1.2 billion, making France the fourth biggest European textile machinery manufacturer behind Germany, Italy and Switzerland, although cross-border affiliations are common among the industries of these countries – and indeed, EU-wide.

Many UCMTF members are small and medium size companies, often originally family-owned, who develop, sell and service specialised machines at a high technological level. Over the course of many decades these companies have become specialists in export-orientated services – over 91% of UCMTF sales are now achieved outside France.

NSC Schlumberger, based in Guebwiller in Alsace, is a leader in the field of spinning lines for processing long staple fibres.

“Collaboration with customers is leading to both new technology developments for us, and expanding ranges for the textile manufacturers we work with,” says sales director Patrick Strehle, citing the development of the new FB20 stretch breaker as an example.

This was initially developed to enable a Taiwanese customer to manufacture fabrics, sleeves, ropes and tapes from metal fibres, based on modifications to NSC’s market-proven model S200 stretch breaker.

In Taiwan, the new FB20 is now producing slivers of 100% stainless steel fibres in finesses from 8 to 12 microns – from an initial tow of 8 ktex – in order to process yarns in the count range of Nm 6 to 16.

Long-staple technical yarns have many advantages in respect of their high strength, excellent elasticity and resistance to fatigue and outdoor temperatures, and following a second collaborative development project with a German institute, an FB20 is also being employed to process para-aramid and carbon fibres.

The processing of carbon fibres on NSC’s FB20

Laroche, based in Cours, near Lyon, is a world leader in the technology for textile recycling and staple fibre nonwovens and has recently developed a tailor-made solution for NovaFibers, part of Grupo de Todos, in Guatemala.

“NovaFibers established a logistics operation in the USA for collecting second-hand clothes and transporting them to Guatemala to be resold,” explains Laroche area sales manager Elias Junker. “A substantial amount of what was collected, however, couldn’t be sold again, even at very low prices, and had to be disposed of. We worked together to find a sustainable alternative.”

To test the market acceptance, NovaFibers sent batches of the unsold clothing to Laroche in France, where they were recycled back into fibres for the production of nonwovens. NovaFibers was then able to build up a market for the nonwovens in Guatemala and subsequently, Laroche designed a complete line for the company. The airlaid line is now manufacturing nonwovens for applications including automotive insulation and underfelts, construction materials, felts for bedding and furniture and floor coverings. 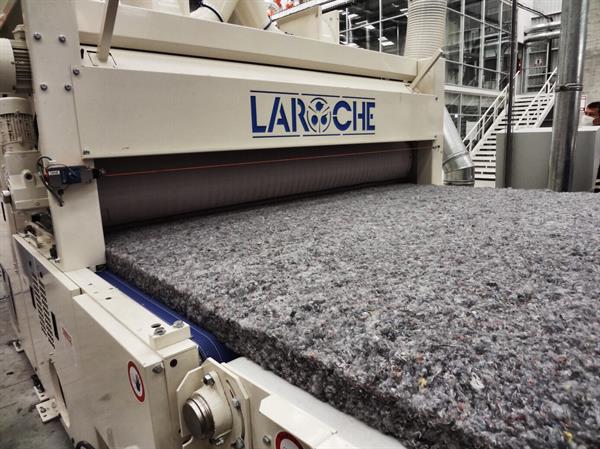 Superba, based in Mulhouse, is the world leader in the saturated steam heat-setting machinery that is required for the production of high-quality carpet yarns, and part of the VandeWiele family of European companies which together supply complete lines for carpet manufacturing.

“In 2013, our customer in Turkey was receiving demands for yarns with light and very even frieze effects, but the existing technology for producing frieze yarns resulted in effects that were too pronounced and randomly curved,” explains Superba marketing manager Hubert Tretsch.

Working closely with this customer, Superba consequently made adjustments to its existing technology to allow the production of new sample yarns and carpets, which were extensively tested in terms of technical requirements and marketing needs. These developments have received very positive feedback, and commercialisation of both the technology and yarns has followed as soon as 2015. 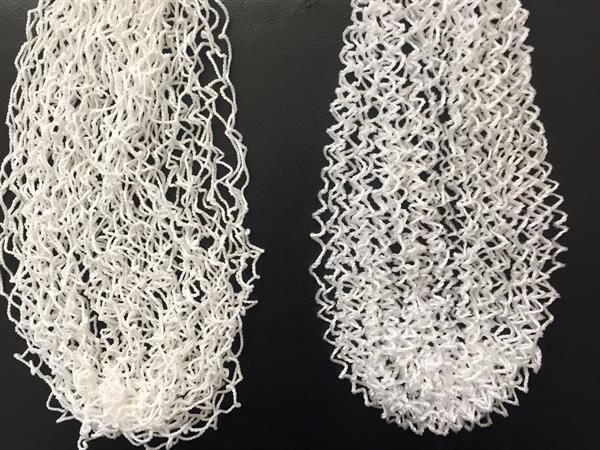 Andritz in China and the USA

“The ‘Make in America’ approach that’s currently being heavily pushed by US retailers and OEMs – and to a certain extent the government – is also encouraging investors to build nonwoven lines within the US, whether they are American or from elsewhere in the world. Turkey’s Mogul is one of the latest examples of a foreign investor building a new plant to serve the US domestic market. These investments are based on high capacity lines for which Andritz can provide adapted solutions.”

One of the fastest growing end-use markets for fibre-based products in the world in recent years has meanwhile been that for flushable nonwoven wipes, and it’s an area that Andritz Nonwoven has been heavily involved in – collaborating extensively with customers to develop both the technology, and the products that are required to meet very exacting standards.

“In the past three years we have been very successful with lines for the production of flushable wipes,” says Laurent. “At the moment, this market is increasing at around 12% per year. Our wet-laid system is also finding increasing end-uses in areas such as construction materials based on glass fibres and the filter media market is still very significant and attracting some new players too.”

Dollfus and Muller in India

Experience working with both key customers, notably at the moment in India, and in partnership with Europe’s textile machinery manufacturers has resulted in a number of new developments for Dollfus and Muller, the specialist in original machinery spare parts supplies, textile dryer belts and endless special felts for technical textile applications.

“We have recently developed a non-marking and non-sticking dryer belt especially for thermobonding ovens for nonwovens in response to demand from the market,” says sales director David Fauconnier. “This mesh belt, which is available in widths of up to 5.2 metres, eliminates degradation of the web at the belt joints. For ultra-sensitive fabrics, we have also recently introduced a special endless palmer felt with an extremely soft non-sticking polyester surface and weights as low as 90gsm, which is resulting in customers achieving new hand feels with their fabrics. Non-marking and non-sticking dryer belt are also now being produced for digitally-printed fabrics, which is suitable for all ink types, including reactives. 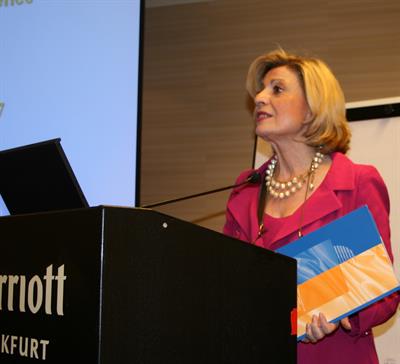 “The strategy of our companies is to offer customised solutions and not only off the shelf machinery,” concludes the UCMTF’s Evelyne Cholet. “By working closely with global customers on both technological requirements and the development of advanced new textile products, the UCMTF is very actively involved in driving progress throughout the textile chain. A strong presence at ITMA shows is naturally very important for us. We will be very happy to welcome our customers and interested parties both in Shanghai and Barcelona.”