Many major corporations are now seeing the huge potential in sensor-containing smart fabrics.

This includes Microsoft, which over the past three years has been making significant investments in textile machinery, including the installation of weaving and embroidery systems from ITMA exhibitors, at its headquarters in Redmond, Washington, USA.

We definitely see smart textiles as a key feature for new products and have been exploring the possibility of building hardware that is more tactile than is currently possible,” said James Holbery, device research scientist at Microsoft Research. 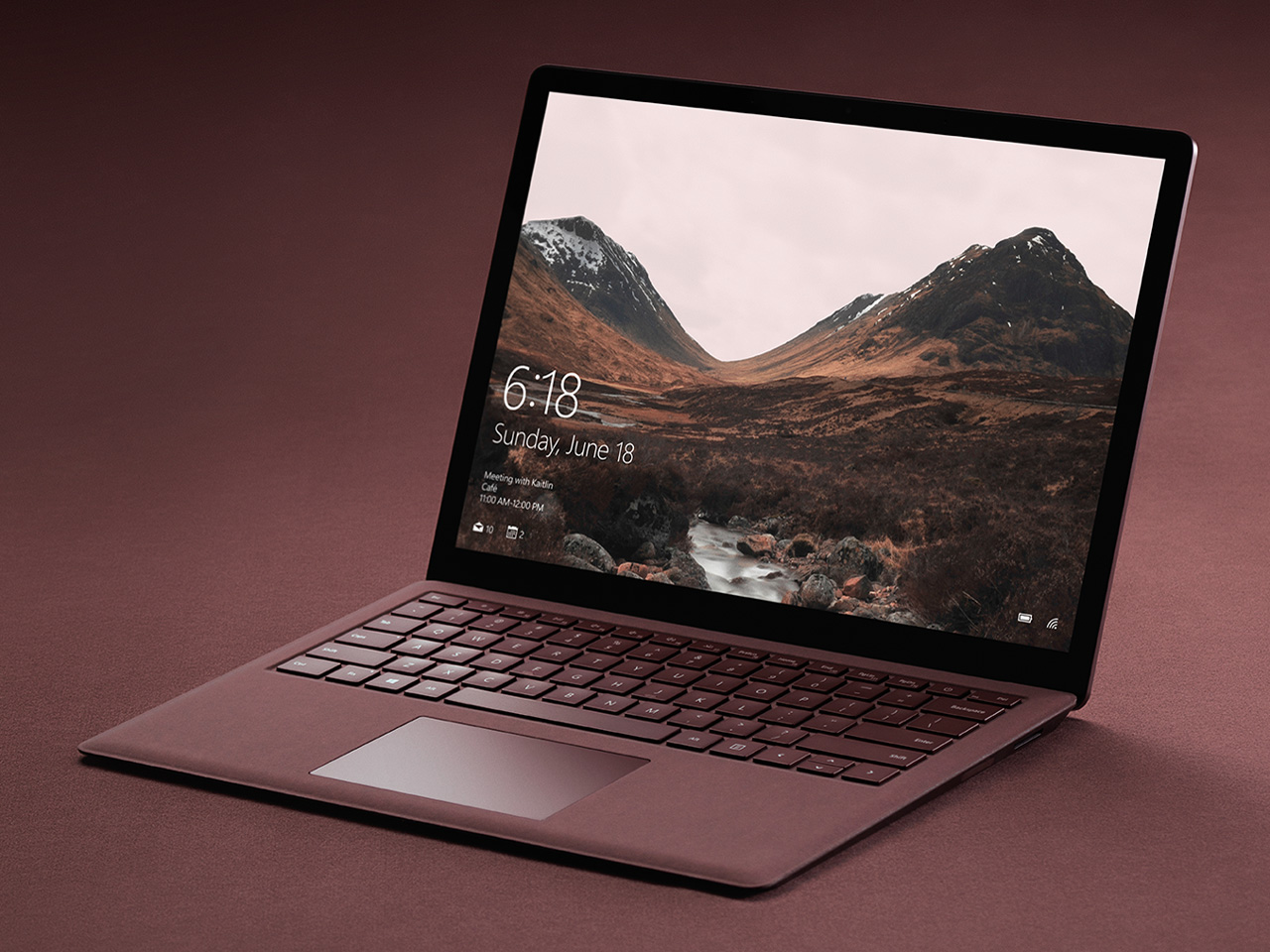 Microsoft is already employing suede-like Alcantara microfibre fabrics – usually seen in luxury car interiors – on the covers and keyboards of its Surface laptops and PCs.

“I’m enthusiastic about the involvement of other IT companies, such as Google, which is working in the smart textiles field with Levi’s,” Holbery added. “Samsung and other companies will have foldable phones out shortly and these are the kinds of things we want to see – other companies pushing the envelope. We are a 40-year-old software company and in this industry that’s ancient, so we have to re-invent ourselves and bring personal computing to a new level.”

Google has meanwhile just filed a global patent on new conductive yarn that acts as a capacitive touch sensor and can be woven or knitted into washable textiles.

The yarn can be configured to detect multi-touch inputs, generating data that can be transmitted wirelessly to remote devices. It consists of a conductive core that includes 8-12 copper and silver conductive filaments covered by an outer layer of flexible yarns.

The smart textile can be made by any conventional weaving or knitting process and was invented by Shiho Fukuhara, Google’s textile and creative innovation lead for Project Jacquard – the research partnership announced with Levi’s in 2016.

The company’s fabric sensors can measure force, location, size, weight, bend, twist, and presence across any size, as well as resolution and geometry.

“Our sensors are being deployed into all kinds of wearables, from biofeedback gloves that can accurately tell pressure points to study how repetitious work impacts certain muscles to prevent carpal tunnel, to sports gear, such as helmets and shoulder pads that optimise sports performance and protect athletes from injuries, and much more,” said Keith McMillen, CEO of BeBop Sensors. 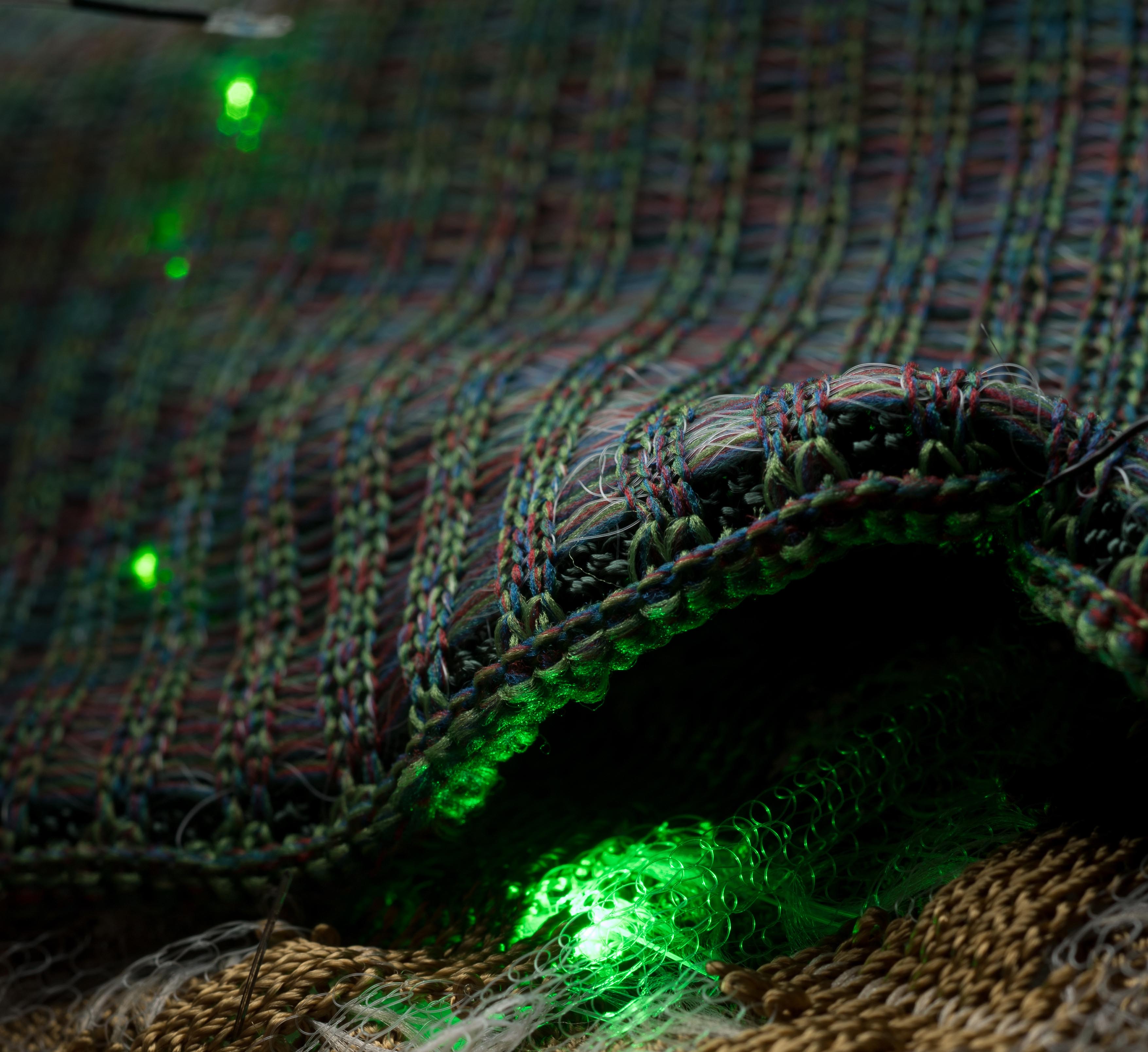 The MIT and AFFOA have produced fibres with embedded electronics that have been commercially woven into soft fabrics for wearable clothing.

Researchers at MIT led by Yoel Fink, professor of materials science and electrical engineering and CEO of AFFOA – Advanced Functional Fabrics of America – are now speaking of a Moore’s Law for fibres – a rapid progression in which the capabilities of fibres will grow rapidly and exponentially over time, just as the capabilities of microchips have grown over decades.

The reason for their excitement is a new process for incorporating semiconductor devices into fibres as ‘soft hardware’ that is rapidly being scaled up for commercialisation.

They have embedded high speed optoelectronic semiconductor devices, including light-emitting diodes (LEDs) and diode photodetectors, within fibres that have then been woven at Inman Mills, in South Carolina, into soft, washable fabrics and made into communication systems.

This marks the achievement of a long-sought goal of creating smart fabrics by incorporating semiconductor devices – the key ingredient of modern electronics – which until now was the missing piece for making fabrics with sophisticated functionality.

“In the years ahead, fabrics will deliver value-added services and will no longer just be selected for aesthetics and comfort,” said Fink. “The first commercial products incorporating this technology will be reaching the marketplace as early as next year – an extraordinarily short progression from laboratory research to commercialisation. We are right now in the process of transitioning the technology to domestic manufacturers and industry at an unprecedented speed and scale.”