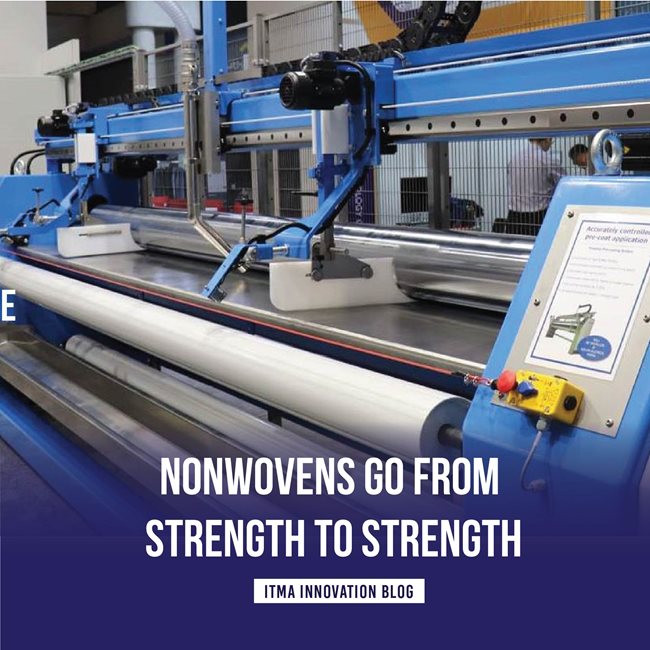 While the ITMA-EDANA Nonwovens Forum was taking place today in the conference centre, in Hall 5, some of the leading developers of technology for this sector were proving conclusively that incremental innovation in nonwovens technology continues at a pace.

According to figures that have been collected and compiled by Brussels-based EDANA – the European Nonwovens and Disposables Association – the annual average growth rate for nonwovens has been nearly 4% over the past decade and in 2018 almost 2.8 million tons were produced in europe. 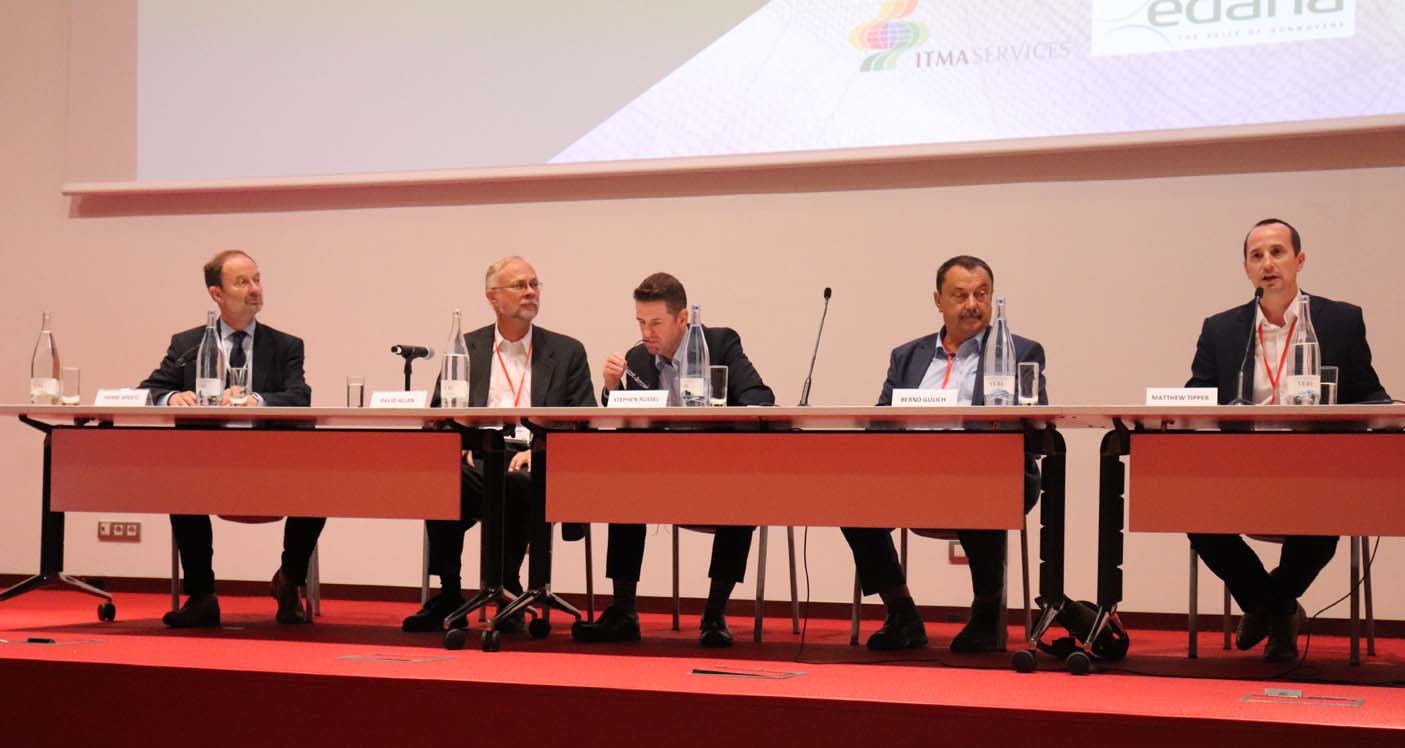 I sat in on a fascinating speaker panel discussion at the conference that was much too far-reaching to do justice to here, but needless to say involved the global trading climate, recycling, artificial intelligence, industry standards and nanofibres. For Matt Tipper of NIRI, all of the nonwoven processes have been established many years ago and the value addition of the future will be through functionalisation after production. Bernd Gulich of STFI, meanwhile, believes technology could go further in respect of recycling options, while Steve Russel, also of NIRI, cited Industry 4.0 as the potential enabler of something altogether different for the industry going forward.

We can already see here at ITMA 2019 that the move towards the smart autonomous factory has begun,” he said.

There are a number of differing technologies employed in the processing of drylaid nonwovens, including carding with needlepunching, spunlacing or thermal bonding, as well as wet and airlaying, all of them well represented here in Barcelona.

One of the largest exhibits at the show, for example, is DiloGroup’s complete Hyperpunch Hα needlepunching range for nonwovens powered by the new diloline 4.0 operating system, which is being demonstrated in Hall 5. 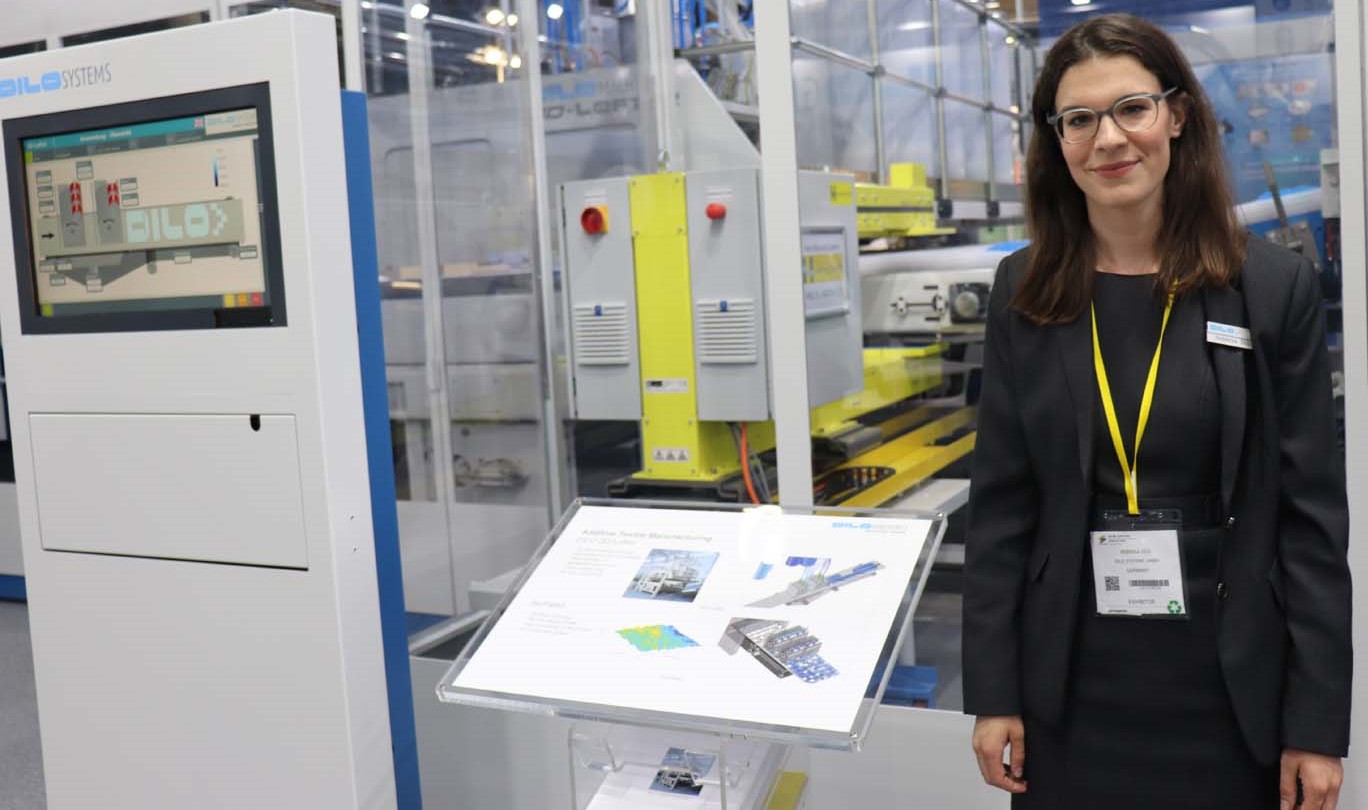 Rebekka Dilo explained that the diloline 4.0 has been equipped with a range of smart manufacturing functions in collaboration with Siemens. These further simplify operation and increase transparency in web forming and consolidation via the storage and rapid analysis of all machine data.

Just opposite DiloGroup at stand, Andritz Nonwovens is employing augmented reality to provide visitors with a full understanding of the technologies incorporated into its velours needleloom, which is something not to be missed.

A newcomer to ITMA is Advance Nonwoven of Denmark, which is showing its patented CAFT web forming system – a fusion of carding and airlaying technologies.

The significance of CAFT is that it can handle both very short and very long fibres, mixing them and forming a homogenous mat, while using more air and fewer bicomponent fibres for bonding it together than competing technologies.

It offers the possibility of processing a wide range of natural fibres – hemp and flax, but also pineapple, peat moss and linseed as well as recycled paper, textiles, glass and carpets.

It can make products ranging from thin tissue-like textures to lofty structures and from low to high-density constructions.

Also from Denmark over in Hall 2 is Campen Machinery, which has developed a new type of airlaid forming head and hammer mill system designed for robust forming processes. 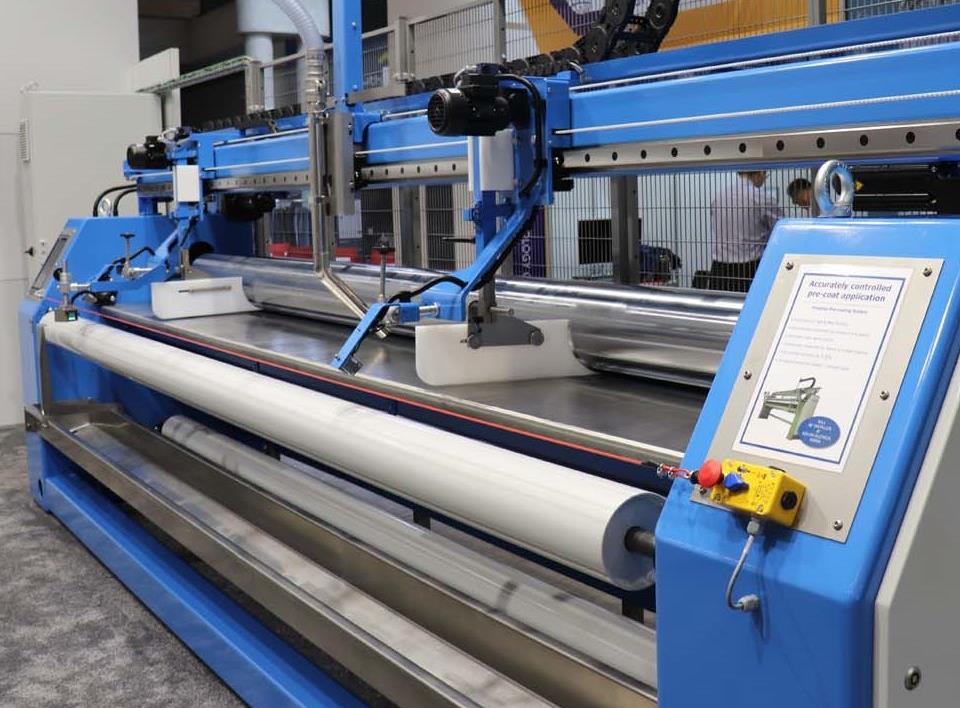 Bicomponents and PP/PET/viscose blends, as well as recycled fibres from textiles, cardboard boxes, newspapers, wood pulp, natural fibres, glass or even stone-based fibres can all be processed with this system.

As I’ve previously observed, there is big growth in the use of nonwovens as reinforcements for composites, to which technology companies such as Autefa, for example, have been responding.

The company is currently completing the installation of a fourth production line at its technical centre in Linz, Austria, dedicated to the production of nonwovens based on carbon and other advanced fibres for composites, as part of a €3.5 million investment.

This is based on six separate modules for tailored productivity and quality, based on the know-how of the 380 systems we have so far supplied to the market,” said CEO André Imhof. “An easy opening system leads to higher efficiency and lower maintenance costs and it can be supplied with either a needleloom or a thermobonding oven.”

Despite the growth of applications such as composite reinforcements, the hygiene market still remains the main end-use for nonwovens by volume in Europe according to EDANA. This market grew by 1.7% in 2018, following a growth of 2.7% in 2017, with the main driver being the increase in the adult incontinence market. 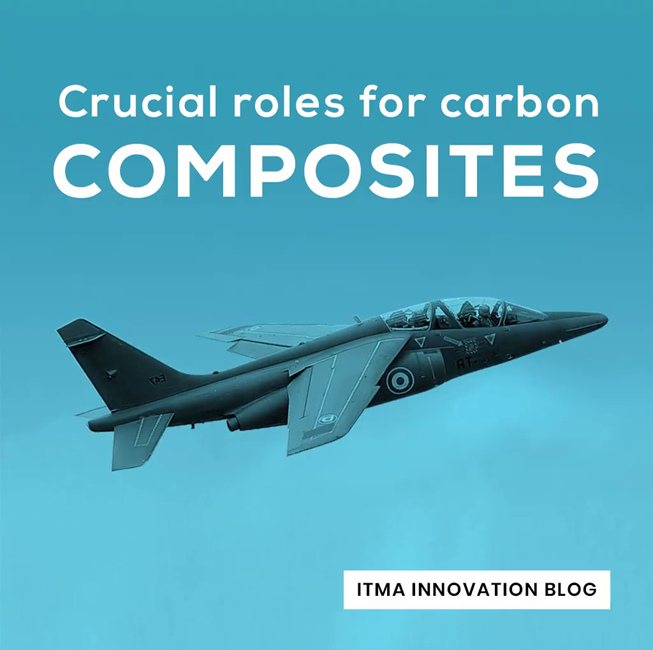