Symatex – Belgium’s textile machinery association which comprises some 30 companies with a combined annual turnover of over €1 billion – has a rich heritage that is tied in no little part to flax.

The centuries-old cultivation of Flanders flax established the country as a major producer of textiles and linen in the Middle Ages, and later led to the development of its world-leading machine-made carpet industry, which continues to this day through major manufacturers such as Balta and Beaulieu International. 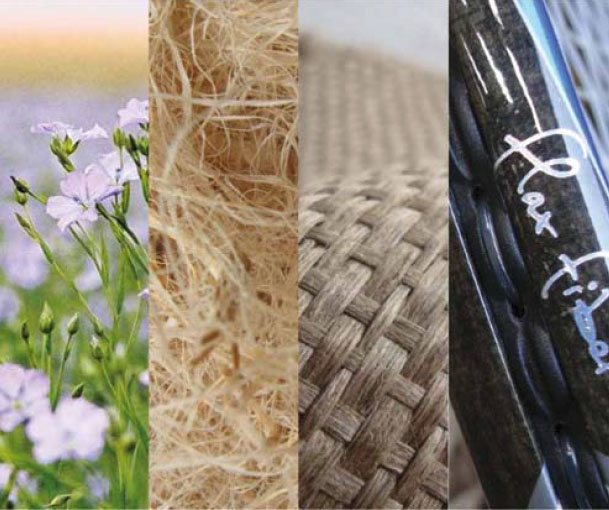 Flaxing its muscle… fibres made from the flax plant is one of the strongest amongst natural fibres.

It’s not widely recognised, however, that flax seed and its by-products also gave rise to other industries drawing on similar technologies and a common knowledge base, such as vinyl and laminate flooring, chipboard, mattress products, industrial and apparel coatings and artificial grass.

There have been significant knowledge synergies across all of these industries in Belgium over the years, and especially in terms of the machinery manufacturers, as technologies and applications developed for specific companies became known to the wider market.

Another key success factor has been the country’s small domestic market, which may have been viewed as a disadvantage, but instead resulted in companies gaining an early lead in exports that continues to this day. While exports may initially have been to neighbouring European countries, the geographical reach of Symatex members was broadened well ahead of today’s established global market place.

Weaving machinery leader Picanol for example, took part in one of the first international machinery exhibitions held in Beijing in the early 1950s and the company has also been present in India since 1956. Today around 2,600 weaving mills around the world use Picanol machinery – based on over 75 years of technological know-how and experience – totalling over 130,000 weaving machines.

With an even longer history is Van de Wiele, the specialist in carpet and velvet weaving machines which was founded in 1880 and today has a turnover of some €500 million, employing 2,900 people worldwide.

To promote its latest generation of Ji jacquard looms, Van de Wiele designed a special truck for a one-year roadshow through China.

Van de Wiele has considerably broadened its product range and capabilities over the years, through the acquisition of smaller companies such as Bonas, Cobble, IRO-ROJ, Memminger-IRO, Protechna and Titan. As a result, it now also has leading positions in tufting machines, extrusion machines for carpet yarns and high-speed jacquards, as well as drives, yarn feeders and various other electronic components.

Most recently, it has teamed up with the French machinery builder Superba, to add heat setting machines for carpet yarns to its portfolio.

“The Belgian textile machinery industry is today mostly known for its weaving technology,” says Symatex Manager Jeroen Vits. “The portfolio of weaving technologies is quite extensive – all the important technologies are mastered and commercialised on an international scale. Products are mainly in the mid and higher segments where high-end technology is a differentiator. In addition to the core products – weaving looms – a vast array of other technologies for weaving mills are in the portfolio, from preparatory to finishing technologies. 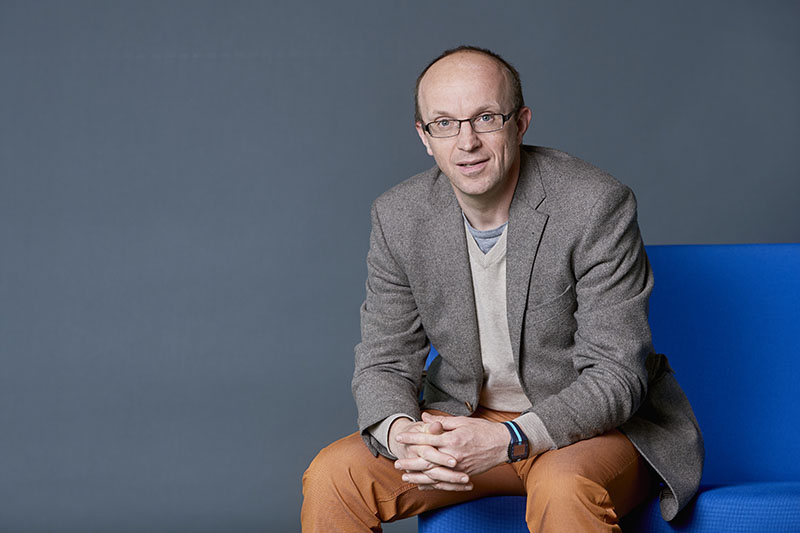 While aware of its notable history, Symatex companies continue to move very much with the times.

Belgian textile machinery technology producers differentiate themselves via the continuous development of technological solutions that enable customers to produce new and better products while also increasing the efficiency of manufacturing existing products,” says Jeroen. “Also, via cross sectorial innovation, new technologies are brought to the industry.”

Europlasma, for example, has in recent years successfully introduced plasma technology – previously employed mainly for ultra-fine cleaning, etching and the physical and chemical activation of surfaces – to the textile sector.

With the company’s low-pressure plasma technology, ultra-thin coatings can be applied uniformly onto surfaces such as technical textiles, in addition to PCBs, electronic devices or filtration membranes, to achieve outstanding functional performance without altering the characteristics of these products.

Plantmaster has been designed to bridge the gap between an ERP system and the machines on the shop floor via a common database.

The ultimate objective of Industry 4.0, the company observes, is to create manufacturing environments which need no human involvement and Plantmaster goes some way towards limiting operator intervention by interacting with the machine control. Its primary objective, however, is to empower management, supervisors and operatives and ensure that when they act upon data, it leads to improvements in overall plant, process and equipment efficiency.

Picanol reports that not only are its weaving machines Industry 4.0 ready, it is already employing these techniques in its own manufacturing.

In the production of special weaving machines for technical textiles, for example, the company employs smart lifting devices to manipulate modules in the most efficient way, along with augmented and virtual reality techniques to receive the information needed at any particular time.

Operators receive assembly instructions on tablets to guide them step by step in assembling the parts and monitoring a quality checklist. The wireless digital technology can also be used to ensure that all valuable data and feedback are captured and shared automatically.

The use of Industry 4.0 techniques in the production process will find its way into all aspects of manufacturing, not least the textile industry, the company says.

Connectivity and data generation are the keys,” Jeroen Vits concludes. “Both will result in accelerating the pace of technological progress in the coming years.”